I have a lot of hope if we stay like this. Riot police beat me a lot. Nevertheless I will go down again tomorrow. If they want war, we want peace. I am just trying to regain some of my nation’s dignity. (January 26 at 10 pm)

It is necessary to be fully equipped while participating in the revolution: a bottle of vinegar to overcome the tear gas, protective masks and tissues to inhale vinegar, self-defense sprays, athletic shoes, Pradoral tablets, food and drinks… It is prohibited to use violence against security agents and to insult them. Vandalism is also forbidden for this is our country. Bring a camera with you and don’t be afraid or weak. (January 27 at 12:09 am)

Ahmed Basiony graduated from the Faculty of Art Education at Helwan University in the year 2000, where he then worked as an assistant teacher in the department of drawing and painting. After acquiring his master’s degree in Creative Potential of Digital Sound Art, he was working on his PhD Thesis on The Visual Aspect of Open Source Programming in relation to the concepts of digital art. He is considered one of the most important artists of the new generation of contemporary Egyptian artists. His practice varied greatly and evolved rapidly in the past 10 years. His early large-scale expressionistic paintings won him the first prize in painting in the 2001 Salon of Youth. Then his work took a turn in a more experimental direction involving new media and multimedia installations between the years 2001 and 2005. On January the 28th, Ahmed Basiony died of gunshot wounds inflicted by snipers from the Egyptian Police Forces on Tahrir Square during the start of the 25 January 2011 revolution. (Shady El Noshokaty) 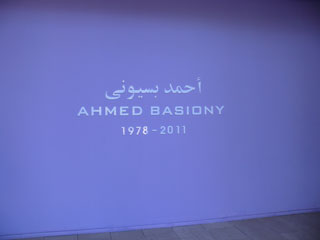 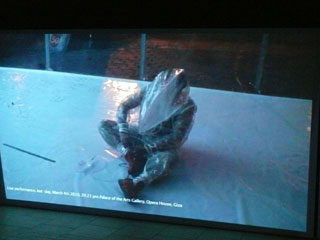 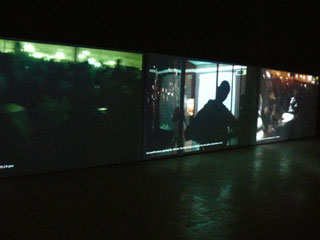