The video installation by the Israeli-born artist Yael Bartana is the first time a non-Polish national has represented Poland in the history of the Venice Biennale. Bartana’s three films Mary Koszmary (2007), Mur i wieża (2009) and Zamach (2011) revolve around the activities of the Jewish Renaissance Movement in Poland (JRMiP), a political group that calls for the return of 3,300,000 Jews to the land of their forefathers. The films traverse a landscape scarred by the histories of competing nationalisms and militarisms, overflowing with the narratives of the Israeli settlement movement, Zionist dreams, anti-Semitism, the Holocaust and the Palestinian right of return. Apart from realising the film trilogy, a new political movement has been established by the artist.

Mary Koszmary (Nightmare) is the first film in the trilogy and explores a complicated set of social and political relationships among Jews, Poles and other Europeans in the age of globalisation. A young activist, played here by Sławomir Sierakowski (founder and chief editor of Krytyka Polityczna magazine), delivers a speech in the abandoned National Stadium in Warsaw. He urges three million Jews to come back to Poland. Using the structure and sensibility of a World War II propaganda film, Mary Koszmary addresses contemporary anti-Semitism and xenophobia in Poland, the longing for the Jewish past among liberal Polish intellectuals and the Zionist dream of return to Israel. As Yael Bartana says: ‘This is a very universal story; as in previous works, I have treated Israel as a sort of a social laboratory, always looking at it from the outside. These are mechanisms and situations which can be observed anywhere in the world. My recent works are not just stories about two nations — Poles and Jews. This is a universal presentation of the impossibility of living together.’

The second film in the trilogy Mur i wieża (Wall and Tower) was made in the Warsaw district of Muranów, where a new kibbutz was erected at actual scale and in the architectural style of the 1930’s. This kibbutz, constructed in the centre of Warsaw, was an utterly ‘exotic’ structure, even despite its perverse reflection of the history of the location, which had been the Jewish residential area before the war, and then a part of Warsaw Ghetto. The film invokes previous heroic images of strong and beautiful men and women who mythically established Israel. They were depicted as determined pioneers who, despite the most unfavorable conditions, kept building houses, cultivating land, studying, bringing up children collectively, sharing their assets and constantly training to fight off potential enemy attacks. This is the world that the artist proposes to resurrect in the 21st century, in an entirely different political and geographical configuration. Bartana again: ‘I quote the past, the time of Socialist utopia, youthfulness and optimism — when there was a project of constructing a modernist idea of a new world.’

In the new film Zamach (Assassination), the final part of the trilogy, which has its premiere at the 54th International Art Exhibition in Venice and will be shown in parallel at the Zachęta National Gallery of Art in Warsaw — Bartana brings the dream about multinational community and the brand new Polish society to the ultimate test. The plot of the film takes place in not too distant a future, during the funeral ceremony of the leader of the Jewish Renaissance Movement, who had been killed by an unidentified assassin. It is by means of this symbolic death that the myth of the new political movement is unified — a movement which can become a concrete project to be implemented in Poland, Europe, or the Middle East in the days to come.

The project by Yael Bartana (which consists of the films and foundations of a political movement) is an experimental form of collective psychotherapy through which national demons are stirred and dragged into consciousness. Apart from the complex Polish-Jewish relationship, this is a story about our readiness to accept the other and of the complexities of cultural integration in an unstable world where geography and politics are subject to radical shifts. Bartana tests reactions to the unexpected return of the ‘long unseen neighbour’ and recalls the forgotten motif of alternative locations for the state of Israel that were once considered by Zionists, such as Uganda. 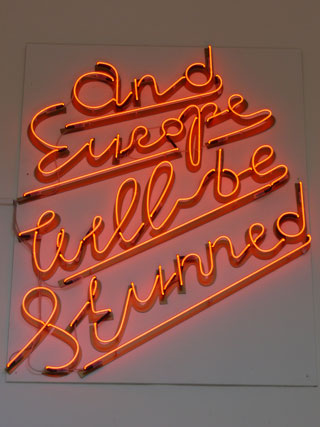 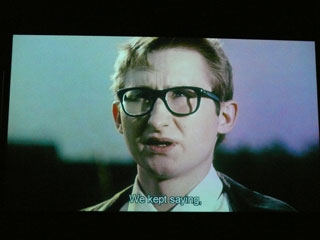 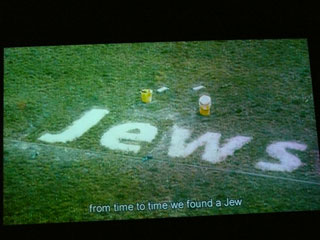 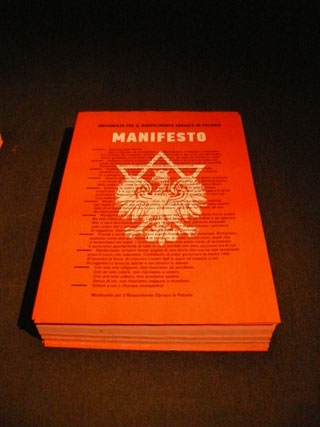 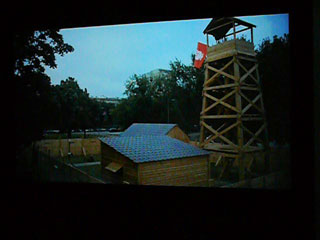 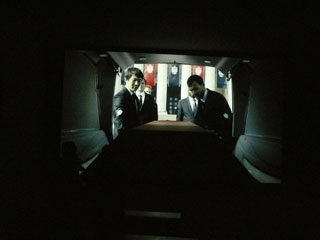 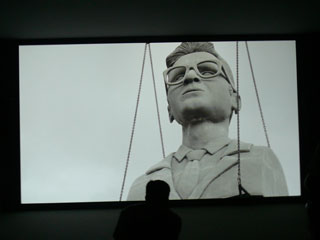 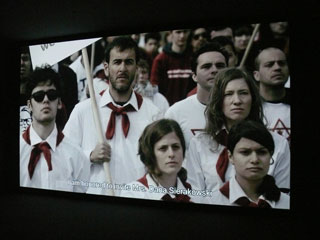