Matthew Barney was born in San Francisco in 1967 and was raised in Boise, Idaho. He attended Yale University, receiving his BA in 1989, then moved to New York City, where he lives today. From his earliest work, Barney has explored the transcendence of physical limitations in a multimedia art practice that includes feature-length films, video installations, sculpture, photography, and drawing. In his first solo exhibitions, Barney presented elaborate sculptural installations that included videos of himself interacting with various constructed objects and performing physical feats such as climbing across the gallery ceiling suspended from titanium ice screws. In 1992, Barney introduced fantastical creatures into his work, a gesture that presaged the vocabulary of his subsequent narrative films. In 1994, Barney began work on his epic Cremaster cycle, a five-part film project accompanied by related sculptures, photographs, and drawings. He completed the cycle in 2002. Matthew Barney: The Cremaster Cycle, an exhibition organized by the Guggenheim Museum of artwork from the entire project, premiered at the Museum Ludwig, Cologne, in June 2002 and subsequently traveled to the Musée d’Art Moderne de la Ville de Paris in October 2002 before its presentation in New York. 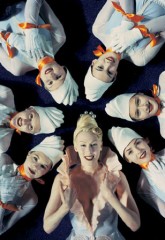 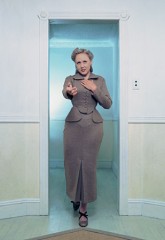 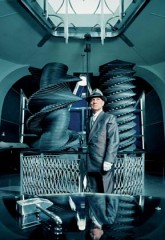