Marcia Tucker [was] a forceful curator who responded to being fired from the Whitney Museum of American Art by founding the New Museum of Contemporary Art […]. In establishing the New Museum in 1977 when she was 37, Ms. Tucker continued the proactive impulses of an older generation of women who helped create the foremost modern art museums in New York […].

But Ms. Tucker, who was born in Brooklyn, came of age in the 1960’s and was a product of her time. She said that her motto in founding the museum was, «Act first, think later — that way you have something to think about.»

Her encounters with feminism in college became the basis of a political activism that permeated much of what she did. But it was balanced by an omnivorous passion for art. In the early 1970’s she belonged to the Redstockings, a feminist group. In the 1980’s it was often rumored that she belonged to the gorilla-masked Guerrilla Girls, feminist watchdogs of the art world. Later she helped form an a cappella singing group called the Art Mob (singing alto) and also sometimes performed as a stand-up comedian.

In a sense she made the New Museum, which she ran for 22 years as director, in her own image: a somewhat chaotic, idealistic place where the nature of art was always in question, exhibitions were a form of consciousness raising and mistakes were inevitable. She also wanted the museum to welcome art that was excluded elsewhere because it was difficult, out of fashion, unsalable or made by artists who were not white or male or straight.

(1977) Marcia Tucker founds the New Museum of Contemporary Art, and, with the support of Trustee Allen Goldring, opens an office in New York’s Fine Arts Building at 105 Hudson Street in Tribeca on January 1. Early exhibitions are held offsite. Tucker conceives the New Museum as a place with a scope lying somewhere between grassroots alternative spaces for contemporary art and major museums that show only artists of proven historical value. 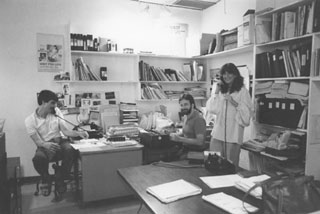 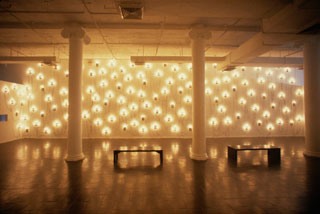 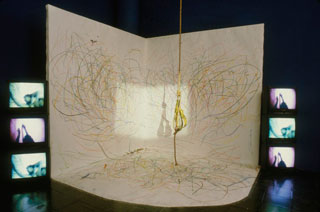 Carolee Schneemann: Up To And Including Her Limits (gallery view), 1996